◂ Back to all work 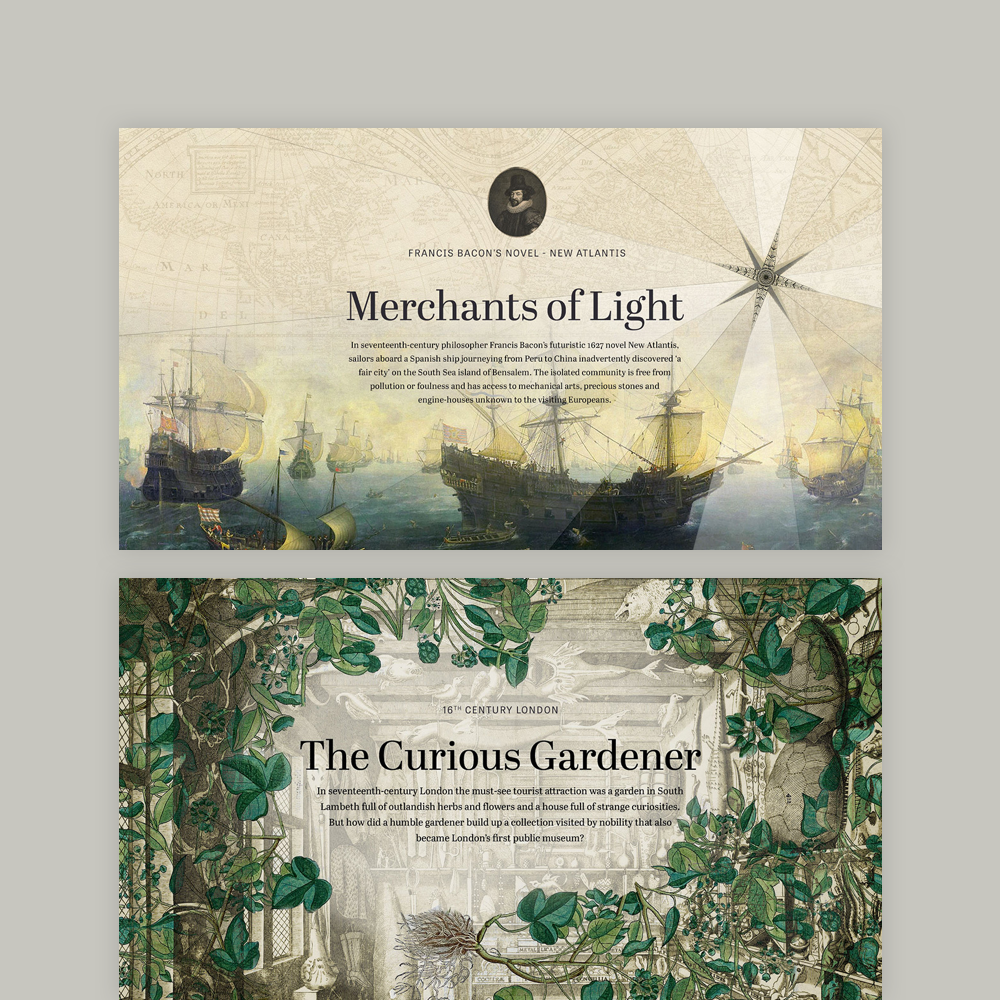 An exploration of long-form digital storytelling. This is the story of how we created a storytelling platform for exploring The Wellcome Trust’s eclectic collection of medical and historical artefacts.

The Wellcome Trust houses one of the most eclectic cultural collections in the world. In the early 20th Century, Henry Wellcome the founder, collected a vast amount of art and artifacts from around the world. most of which had a focus on medicine and its history.

Today, the Trust has a rich library (the Wellcome Library) and an exhibition space (the Wellcome Collection) on their site in London. They approached Clearleft with a challenge: could we engage an audience in both the physical space and online? They were about to open a new space to merge the library material with exhibition material together, and also wanted to develop their digital presence. 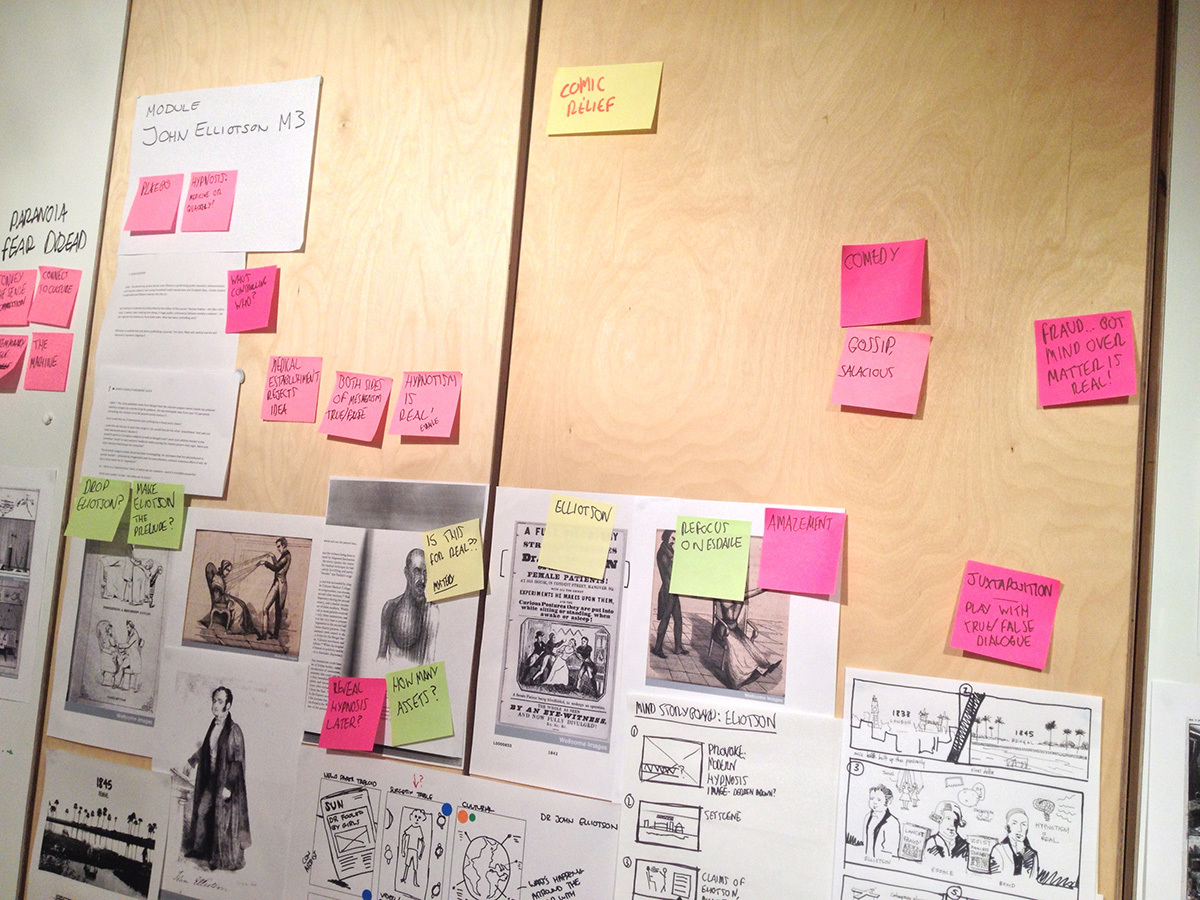 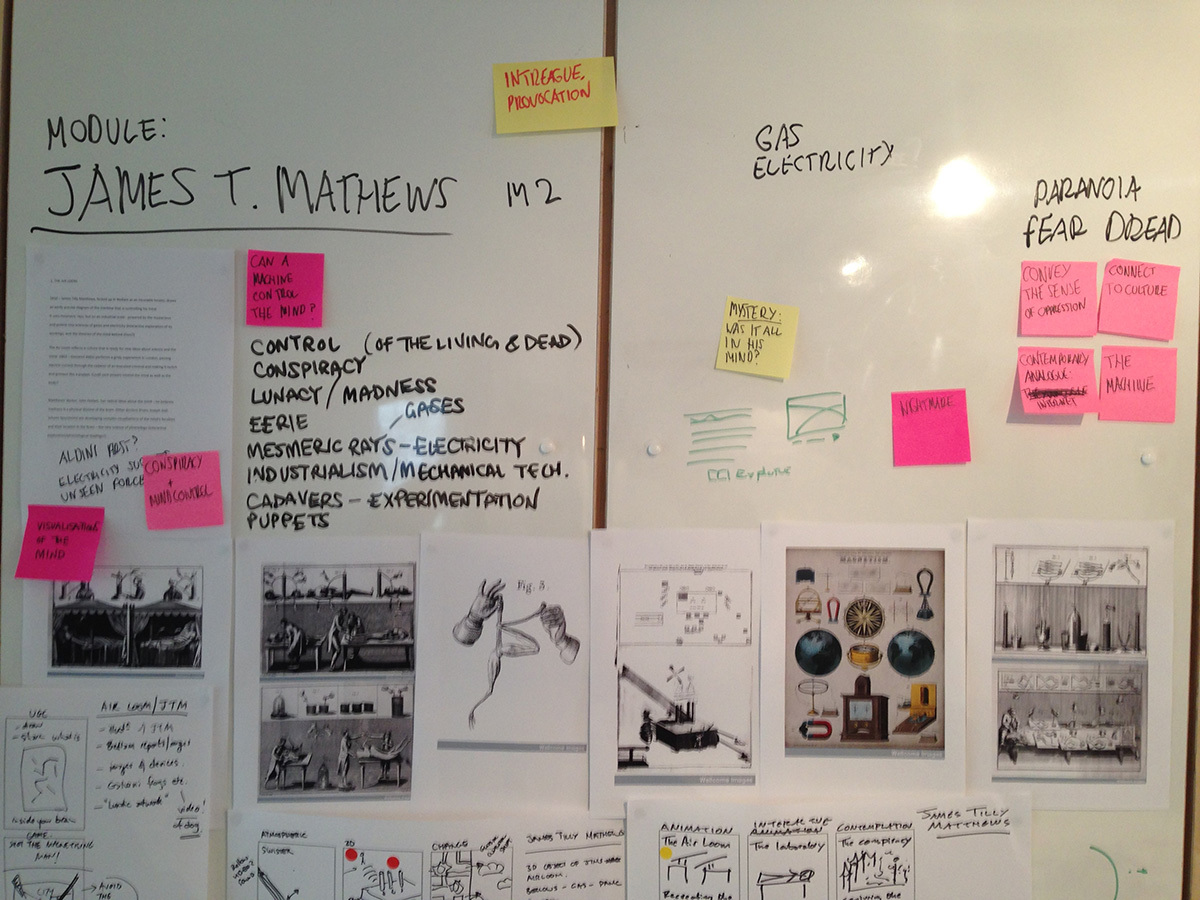 In the months before our involvement a lot of different ideas were discussed. One, for example, involved adding a layer of extra information on top of the objects in the exhibition space, accessible by mobile devices.

In order to sense check the ideas, we kicked off by asking a question designed to focus the team: what are the outcomes you want to achieve?

We ran a workshop with staff and got them to brainstorm hundreds of desired outcomes. From a strict prioritisation scoring exercise, three strategic objectives emerged:

These objectives shifted the focus away from the physical space. The library had been investing in digitising assets over the years and exposing these assets became one of the principle aims. The new product should lead people into a deeper exploration of the library content. There was also a desire to create a product that led the way in the cultural arena, and create an example that other institutions would want to emulate.

By saying no to a hybrid physical/digital product, the Trust could focus its resources where they really mattered. The new digital product could still be used in the new physical space (perhaps on an iPad) and promote the library’s digital content.

Aware that there was a wealth of cultural expertise around the organisation, we interviewed archivists and curators. We learned about the kinds of emotional experience they were trying to create in a exhibition. They were often trying to get visitors to meditate on the human condition.

Some themes emerged from these conversations: 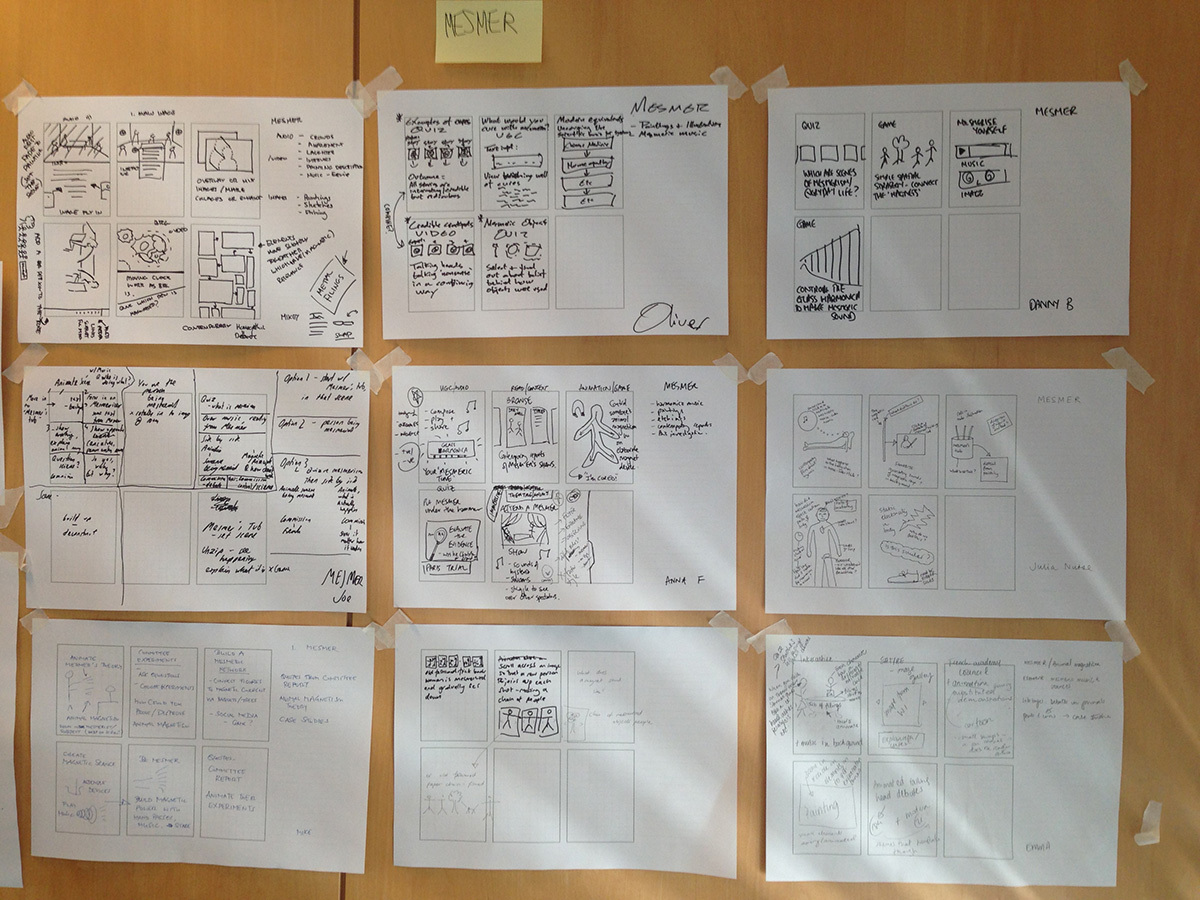 We assembled a team of experts (both external and internal) to brainstorm new ideas for the product. The workshops were designed to tease out ideas from individuals and then mix them together in teams.

Having presented back the best ideas to stakeholders, we realized there were two possible directions for the product. The two approaches were mutually exclusive; and it was impossible to do both.

Focussed, curated, gallery-like - a ‘zoom in’, crafted experience of a small number of artefacts. Exploratory, voluminous, library-esque - a broad, shallow exploration of many objects, stored in a database.
The stakeholders chose option 1. Something crafted and accessible on the surface was more likely to act as an on-ramp to deeper, more text-based library content.

With this in mind, we developed a concept eventually named ‘Pathways’. Thematic journeys through a series of objects or moments in history, much like the exhibitions. The pathway would take a concept, like ‘pain’, and lead the user through a series of objects and stories on that theme. It would have jump-off points to deeper, more academic library content, for those curious about a particular object.

We prototyped some ideas for the product, and mapped the emotional journey we were trying to create (see below).

Another key idea emerged: the Trust should be able to re-use the interface patterns later to create new Pathways on a different theme. The production cost should lower with each Pathway.

With all this in hand, the Trust proceeded by finding a writer for each theme. They were tasked with exploring the literature and collection to unearth a narrative for us to design around. 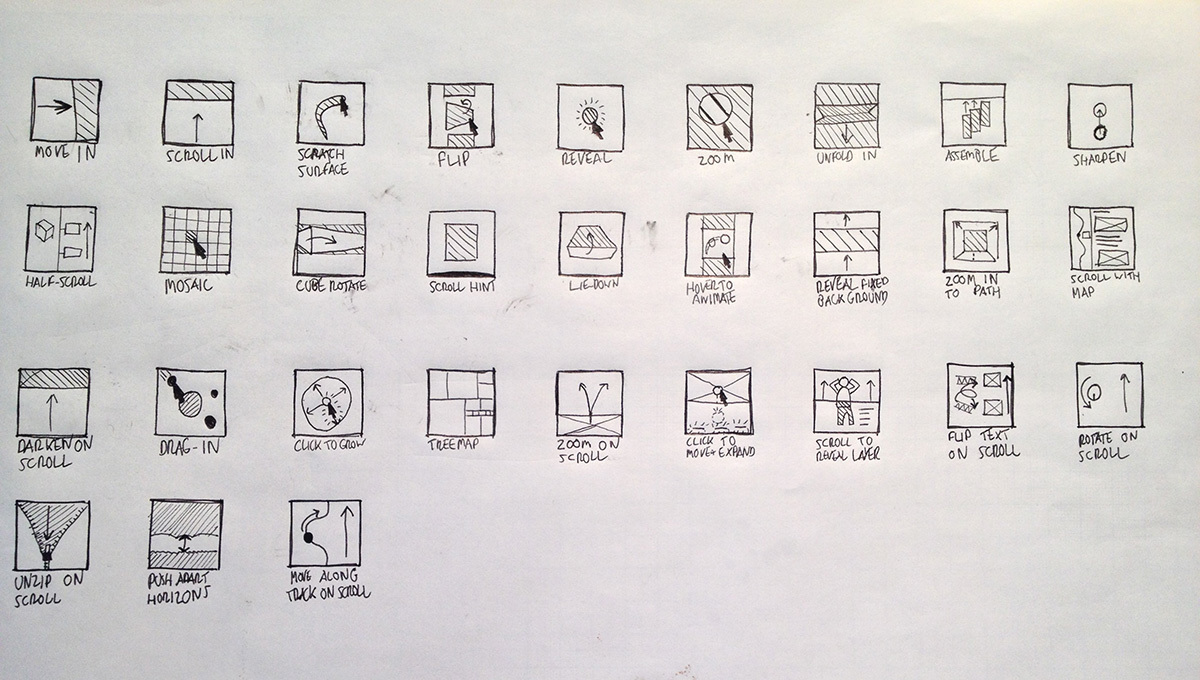 Identifying that we were creating a product which revolved around a “story”, we started exploring patterns and interactions which we could create to help weave in some of the Trust’s library assets:

Sketching these out we married them up to the story to see which patterns would best work with the narrative.

Could we create a set of reusable patterns, which could be rearranged in different ways, serving different content while still preserving a sense of individuality to each story?

The short answer: Kind of.

To make something great a base set of reusable patterns won’t always fit and as you explore ideas and soak in the story other patterns emerge. Our base set of patterns were useful to create 80% of our story telling, however at times we had to create bespoke patterns to fulfil the story’s needs.

Many of our ideas required animation or interaction. We used a variety of techniques including sketching, cutting paper prototypes and using multiple people to perform animations with whooshing sounds, however a sketch can only go so far and asks a lot of the receiver’s imagination. So we would quickly hack prototypes in the browser with placeholder library assets to show how that interaction combined with their assets can evoke a powerful reaction. 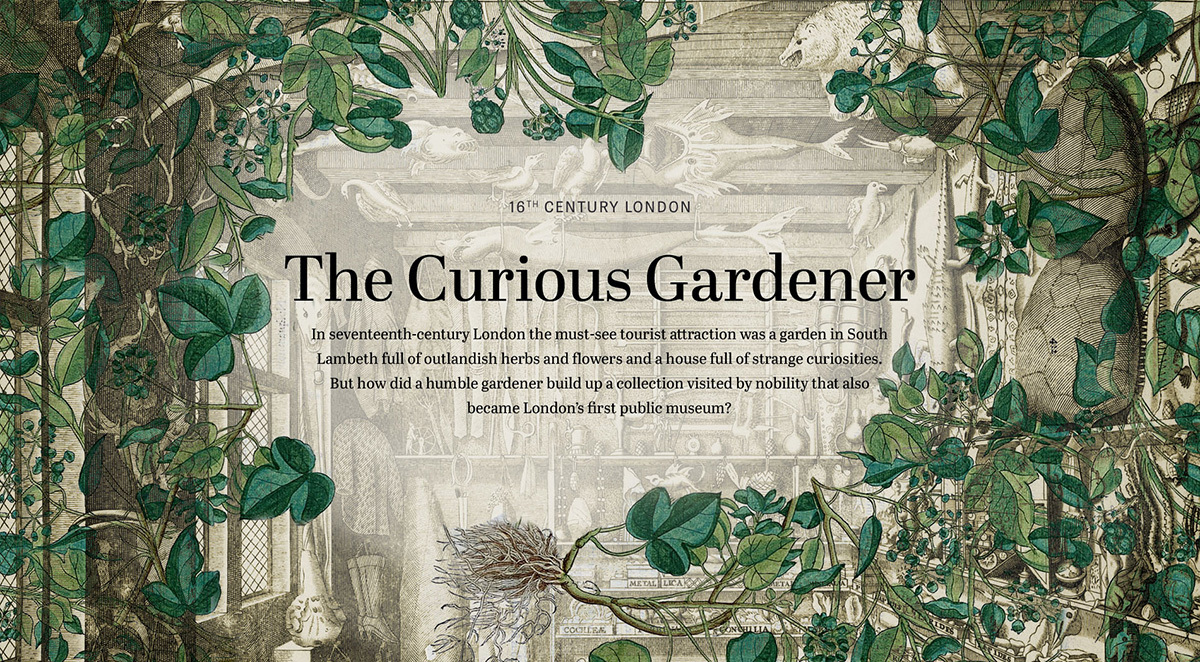 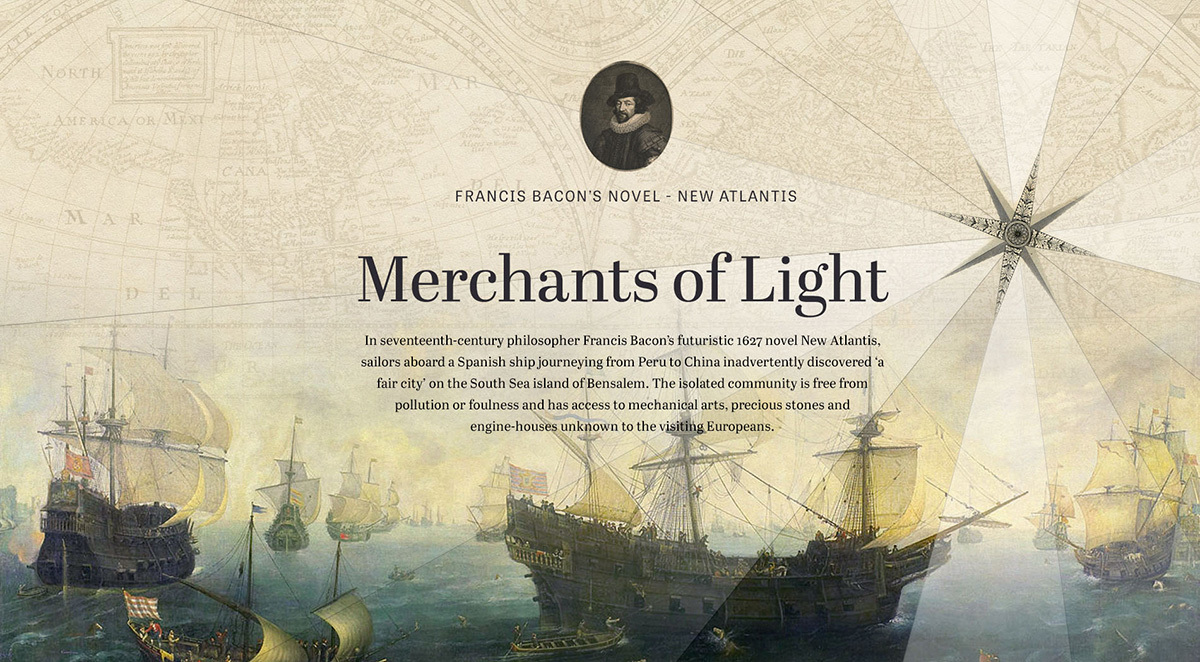 We had determined that each digital story must harmoniously combine three parts:

The assets from the library varied widely from detailed etchings of a leaf to huge, rich oil paintings. Each story had to be designed at a high fidelity containing the right assets to ensure that the flow of the (visual) story worked.

We created and delivered a system for interactive storytelling, which allowed patterns to be arranged in multiple ways. This system allowed us to build rich and immersive experiences and allowed any future stories to be built after our involvement in the project.

Along with the system we designed two stories: